Derry Girls consolidates as the biggest series in the North 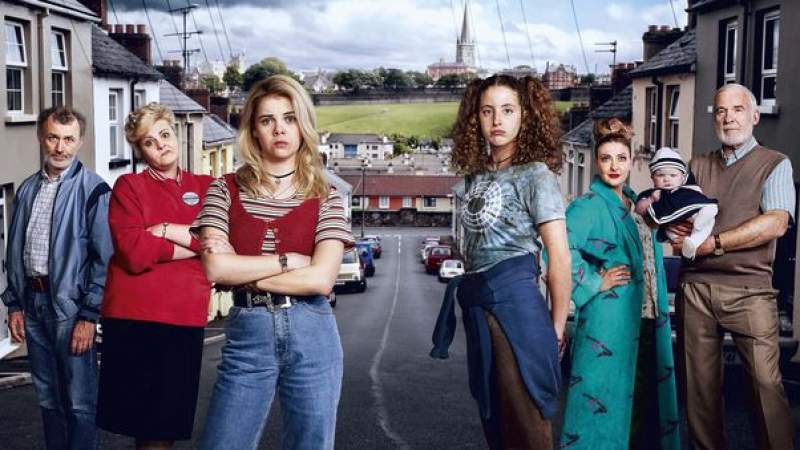 Have you heard the latest ‘bars?’ Derry Girls has consolidated (taking account of time-shifted viewing on a television over a seven day period) to become the biggest series ever in Northern Ireland since modern records began in 2002.

The comedy, set in the early nineties during The Troubles, averaged with 519k and 64.2% share of the audience. It reached 54% of the Northern Irish TV audience, including 65% of 16-34 year old viewers.

Across the UK, consolidated viewing figures reveal that the first series of Derry Girls was watched by an average of 2.5 million viewers, making it our biggest comedy launch since 2004. We don’t want to ‘slabber’ but Derry Girls is also the biggest ever comedy launch series on All 4.

Lisa McGee, the creator and writer of Derry Girls, said: “Derry Girls is a project very dear to my heart and I’m delighted that so many people have joined us for the ride (no, Michelle, not that sort of ride…). It’s particularly special to me that the Northern Irish audience has supported it in the way that they have – I’ve been blown away by the response to the series and am so excited that we get to do it all again with the second series.”

Fiona McDermott, Head of Comedy said: “We are beyond thrilled that not only is Derry Girls our biggest comedy launch series since 2004, but that it is the biggest series ever to air in Northern Ireland! This level of popularity is proof positive that Lisa’s crafted not only a proper gem of a comedy but also one which is run through with authenticity and relatability.”

Last month Channel 4 announced that it had been commissioned for a second series by Director of Programmes Ian Katz and Head of Comedy Fiona McDermott.