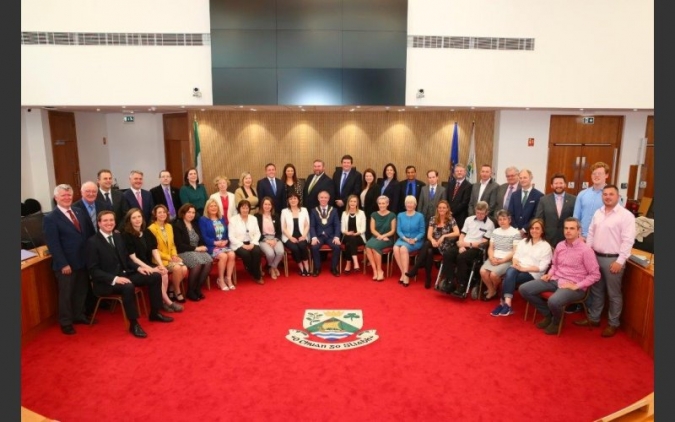 Last Friday, following the Local Elections that took place on the 24th of May, with tens of thousands of votes cast by the people of the area, the new Council of Elected Members in Dún Laoghaire-Rathdown for the next 5 year term convened for its inaugural Annual General Meeting at County Hall in Dún Laoghaire.

Cllr Shay Brennan, a representative of the Fianna Fail party was elected by Councillors to take the role of An Cathaoirleach, or chairperson, for the first year of the Council's five year term. Cllr Brennan has represented the Dundrum electoral area as a Councillor since 2014. On the other hand, Cllr. Deirdre Donnelly was elected as Leas Cathaoirleach for the first year of the term at the meeting. Cllr. Donnelly, an Independent representative was elected in the Stillorgan Electoral Area.

The Councillors play a crucially important role in the Local Authority, striking annual budgets, formulating and agreeing policy and service priorities and working with the Chief Executive, Philomena Poole and her staff to deliver on hundreds of different services that this Local Authority provides to residents and businesses in the Dún Laoghaire-Rathdown area.