The future looks quite good for Dublin pubs 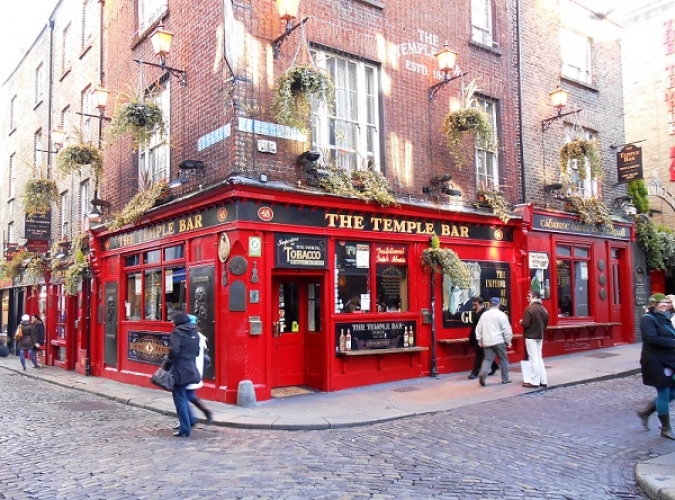 Two out of every three Dublin pubs expect to see their business grow in 2019, according to a new survey released by the Licensed Vintners Association (LVA). The positive outlook of Dublin pubs is in contrast to the uncertainty experienced by hospitality and tourism businesses based outside the capital, with difficult trading conditions being widely reported. The LVA believes the survey data is further evidence of a growing ‘two-tier’ outlook in the tourism and hospitality industries between Dublin and the rest of the country.

The LVA survey also found that the average Dublin pub expects to hire an additional 5 staff members during 2019, 2 in full time roles and 3 for part time positions. This adds to the current 12 full time staff members and 15 part time members of staff employed on average in pubs across the capital.

This data was revealed in the Licensed Vintners Association (LVA) State of the Dublin Pub Trade 2019 survey, the results of which were published in advance of the LVA’s AGM which is taking place on Wednesday 20th March.

Providing food has also become an increased area of focus within the Dublin trade and that trend looks set to continue in 2019 with 60% expecting to see their food business grow.

Despite the positive outlook, challenges do remain for Dublin pubs, with staffing, Brexit, insurance and competition being the areas of greatest concern. Pubs in the capital faced an average insurance cost increase of 50% over the last three years. The average insurance premium for Dublin pubs is now €25,000 per annum. More than half of the pubs across Dublin also suspect they have been the victims of a fraudulent claim within the last 5 years.

Competition from other pubs, restaurants, hotels, cafes, trips abroad and other hospitality/ tourism businesses were also highlighted as a concern, with Dublin pubs recognising they must respond to increased competition for disposal income and free time posed by other leisure pursuits.

Additional interesting details about the Dublin pub trade were also revealed in the LVA survey. 6 out of 10 Dublin pubs host live music in their establishments, while only one Dublin pub in twenty does not feature any kind of music.

The growth of the gin trend is also reflected across the capital, with half of Dublin pubs now stocking more than 10 different types of gin. Craft beer is also becoming increasingly common in bars across Dublin with 40% of pubs now serving 6 types or more.

The day of leaving a cash float behind the bar is also decreasing in the capital. One third of pubs in Dublin say that credit and debit cards now account for more than half of all their transactions.

Speaking about the survey, Donal O’Keeffe, Chief Executive of the LVA said, “Our survey shows that the outlook for the Dublin pub trade is very positive for the year ahead. Most Dublin pubs expect to see their main business and their food business grow over the course of 2019. We can also expect to see the level of staffing in Dublin pubs continue to increase, with 5 additional employees (2 full time, 3 part time) being added on average to the roster. That is an encouraging development and one that again highlights the importance of the trade as a significant employer in this city.

“While the situation is more positive in the capital, it also has to be acknowledged that there are still challenges facing Dublin pubs. There are serious concerns about staffing, with pubs finding it hard to get the right staff and to keep them. This is also putting pressure on wages throughout the sector. While the 50% jump in insurance costs and the difficulty in tackling insurance fraud is another key concern. The majority of Dublin publicans are also worried about Brexit and what impact that will have on the tourism trade. The decision to hike the hospitality VAT rate is deeply worrying in terms our tourism competitiveness.

“Increased competition is also very real challenge. Operating in the discretionary spending sector of the economy, Dublin pubs do not just compete with other pubs, they also compete with restaurants, hotels, cafes and other tourism or hospitality ventures.

“Customers are the real winners in this scenario. There is no doubt Dublin is the most competitive market in the country for pubs and other hospitality businesses. The quality and variety of Dublin pubs contribute to Dublin being such a great place to socialise, for locals and tourists alike. We remain confident of the ability of Dublin publicans to respond to changes in the marketplace and to adapt and grow their businesses in 2019 and beyond,” Mr. O’Keeffe concluded.