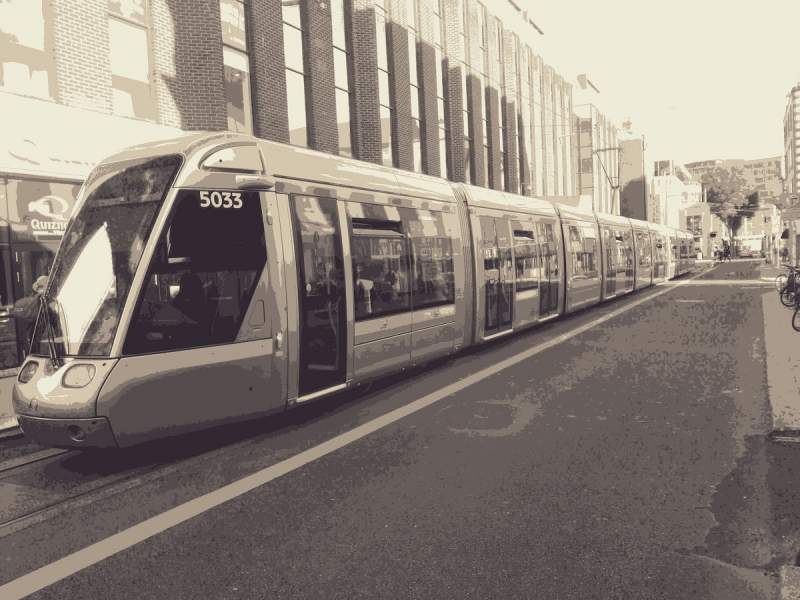 Today, one year ago, after more than three years having the streets upside down with trenches, fences, noise and inconvenience of all kinds, the Luas Cross City came into service ending a claim that had lasted since 2004, when the modern Dublin tram system was launched: the link between the green and the red lines, creating a network effect that now, with the passengers data in hand, has meant a significant increase in the global number of users.

Anyway, the first weeks were not happy days at all and the Luas Cross City received criticism from all sides, mainly for two things: the lack of capacity at peak hours and the increase in journey time due to the lack of available space in some parts of the city centre, an issue that was particularly severe in the College Green area (Dublin 2), which became a true bottleneck, despite the ban on private traffic.

The lack of capacity at rush hour started to be partially resolved with the seven 55 metres long Alstom Citadis 502 vehicles [numbered from 5027 to 5033], which came into service on a staggered basis between February and May. This model is the longest one manufactured by the French company and the novelty caused some problems on the electrical distribution system of the first two vehicles delivered.

Thus, Alstom had to send a team to Dublin, including a technician who travelled up and down the line with a computer that sent real-time data to the control centre, and finally the problem could be solved. Since then, capacity has increased but the Luas popularity and the economic bonanza have resulted in some users not being able to board the tram at stations between Sandyford and the city centre during the rush hour.

However, Transport Infrastructure Ireland (TII), the public agency that owns the infrastructure but that leases the operation side of the business to private company Transdev, has already raised another purchase order to Alstom, which should start delivering new 55 metres long vehicles from 2020.

In relation to journey times, the situation has improved a lot thanks to the diversion of 27 Dublin Bus lines that went via College Green, a measure that has allowed the Luas to go through that area at a reasonable speed. Another explanation of the improvement is the familiarization of motorists with the new tram as during the first weeks there were plenty of cars stopping on yellow boxes.

In short, the Luas Cross City celebrates its first anniversary with a high mark and giving Dublin an image of a modern city, particularly where the two lines meet at O’Connell Street and Abbey Street, an area that reminds any of the Central European cities where the tram has become a major actor in the public transport system.